During the years 1504 and 1505, Leonardo spent a period of time at Santa Maria Novella: in fact it was here that he was commissioned to prepare the cartoon of the Battle of Anghiari in the Sala del Papa (the Pope’s room), so-called because it had already been converted for papal use during the Council of Florence (1439).

The room is indeed large enough to contain a large work such as the one to which Leonardo devoted himself from May 1504 to May 1505, also designing a large mobile wooden scaffolding.

At the heart of the ancient convent complex of Santa Maria Novella, the Grand Cloister acted as the organisational hub of convent life.  Its name hints at its majestic proportions, with its 56 arcades that surround the perimeter. Its construction dates back to the period between 1340 and 1360, when it took on its characteristic monumental form. Several eminent Florentine families contributed to its construction and their coats of arms can be observed carved onto the pillars of the porticoes. Two centuries later, other noble families and the Grand Duke Cosimo I de’ Medici financed the decoration of all the walls with a magnificent cycle of frescoes. The fresco cycle was largely painted between 1570 to 1590 by over fifteen various artists from the Florentine Accademia known for similar collective works, such as Alessandro Allori, Santi di Tito, Cigoli and Poccetti.

The Cloister hosts the external part of the exhibition dedicated to a display of the Neoplatonic Polyhedra and examples of Leonardian plants.

Still within the convent complex of Santa Maria Novella, the former dormitory on the northern side helps us to understand how magnificent these spaces must have been in the past. Two sequences of monolithic pillars support cross vaults, creating a striking vanishing point. In antiquity, the dormitory was divided by pillars with low walls, which defined the space of the friar’s small “cells”, as prescribed by the Constitutions of the Dominican Order. The last vestiges of these dividing structures were destroyed in the first half of the twentieth century, when the space was used as a mess hall for the Carabinieri’s Non-Commissioned Officers, a function that continued until quite recently. The surfaces of the walls and vaults must have been mainly decorated, as evidenced by the remains of the figurative paintings that are still visible today on the vault of one of the arcades and on some portions of the walls.

Inside the former dormitory is the core section of the exhibition dedicated to the systemic thinker Leonardo da Vinci and his botanical studies.

The polyhedra in Florence

The exhibition is also brought to life in some of the most important places in Florence, including

Here, one can admire large-scale reproductions of the polyhedra that Leonardo illustrated for Luca Pacioli’s manuscript De Divina Proportione, which were symbolic of the Leonardian vision of the relationship between man and nature. 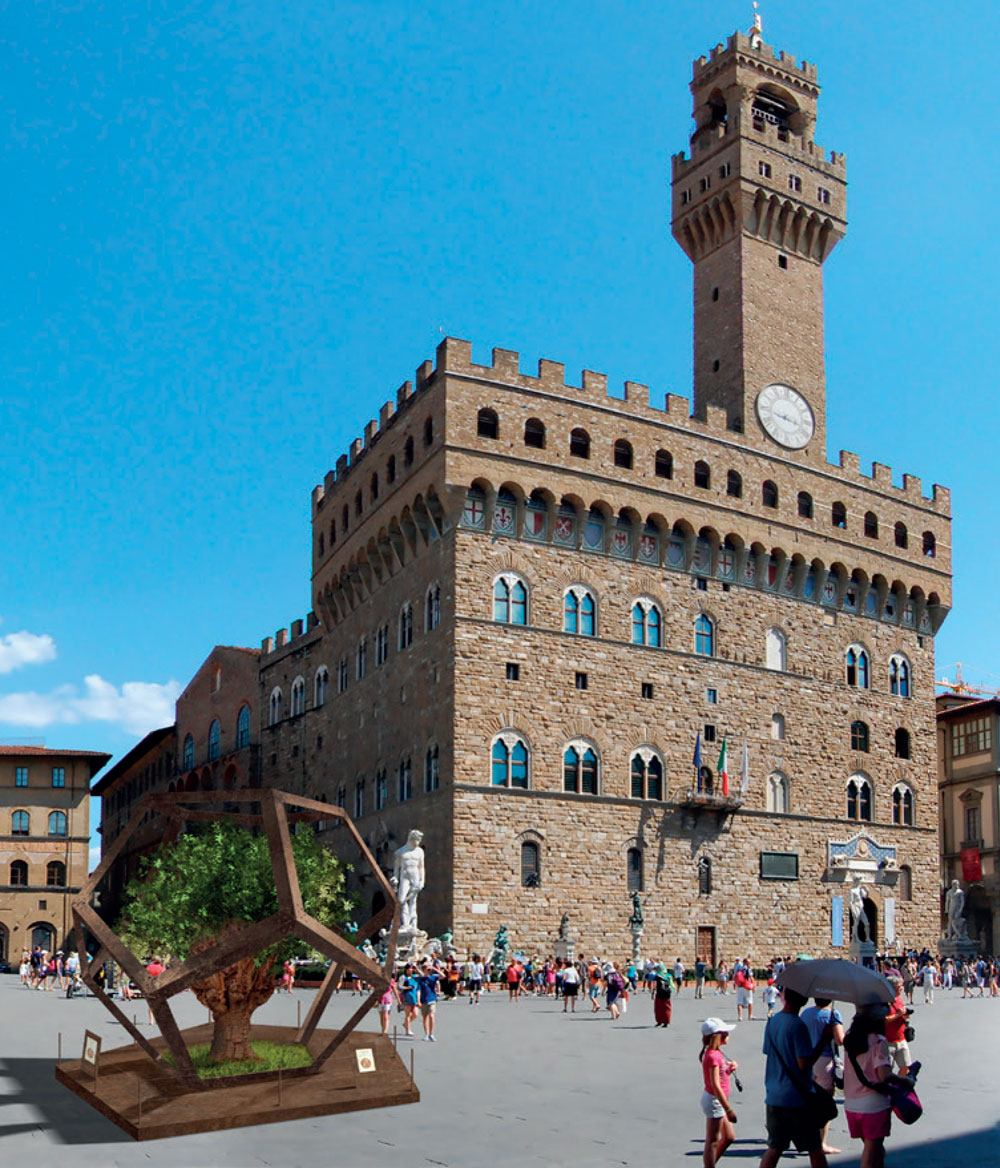